The UK Catalysis Hub in Phase II will focus on developing new catalytic processes for more effective use of water and energy, waste minimisation, and material reuse and reduction in gaseous emissions.

The four interrelated themes of the hub are: 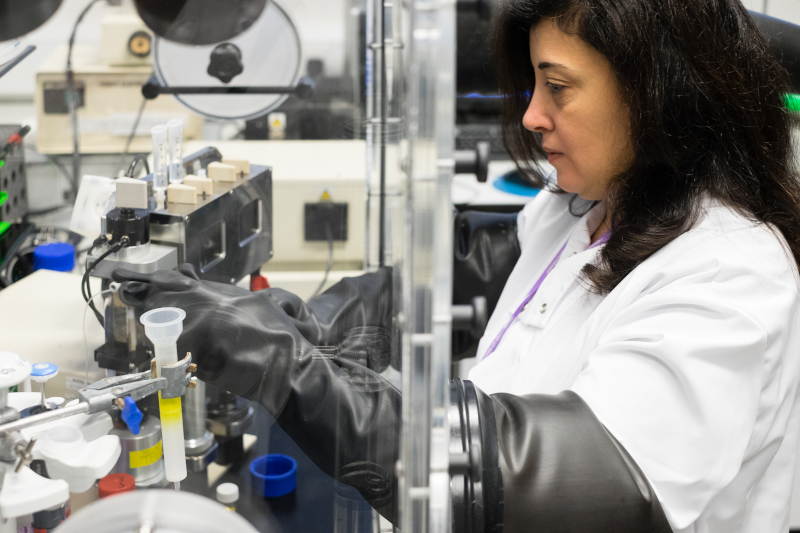 A key feature of the Hub ethos is that all projects involve multi–institutional, multi disciplinary collaborations. The facilities at the Research Complex at Harwell have been crucial to the success of the whole Hub project providing first class facilities for research in catalytic science and a resource for the whole community. A key component of the work of the Hub has been its strong relationships with the world leading facilities on the Harwell campus including the Diamond Light Source, the ISIS neutron facility and more recently the Central Laser Facility (CLF); where work of the Hub team has not only led to the growing and successful use of the facilities in catalytic science, but has also contributed to their development.

The Hub has been highly productive scientifically and its programme has encompassed a very broad range of contemporary catalytic science. The Hub has supported 82 novel and topical projects in catalytic science for up to two years The Hub has an inclusive ethos and the three calls have also attracted new academics to the programme. Over 400 publications have arisen from projects aligned with the Hub. In addition to the scientific program the Hub has been active in building the catalysis community with biannual internal conferences, and a series of workshops and external conferences including several Faraday and Royal Society discussion meetings. The Hub was integral in setting up the UK Catalysis Conference.

The UK Catalysis Hub opened its Call for Projects in March 2020 and received 61 Proposals with 97 years PDRA time requested supported by over £850,000 funding from industry. The projects were of very high-quality science.  All the funded proposals were aligned with the Hub’s ethos, i.e. multi institution and multidisciplinary collaborative projects. This was an excellent outcome of the call and clearly shows the need for catalytic research and the interest of industry in the Hub, even in these uncertain times. The proposals were reviewed as per the procedure developed by the Hub since its outset in 2013 and included members from across the academic and industrial communities chaired by a member of the Hub’s steering group.

The management group has been as flexible with the funding to support as wide a range of projects as possible and some projects have been offered short periods of funding or support from the Core PDRAs based in Harwell,  in modelling, neutrons and synchrotron science, to enable projects to be tested or to bring the science to a point where further funding can be applied for. Overall, 29 projects have been funded.

Read more about the projects funded. 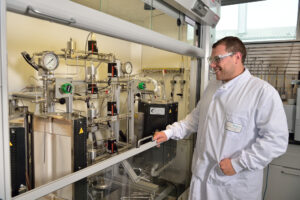 The EPSRC has funded UK Catalysis Hub for a further five years which started 1/12/2018. The Hub continues to have a physical centre at the Research Complex at Harwell (Oxfordshire) and co-ordinates a collaborative research program across the UK with 25 universities directly involved in projects and over 45 involved in a wider network across the catalysis community. The Research Complex houses the Hub’s cutting edge catalysis facilities in a vibrant an innovative research environment across the physical and biological science disciplines. The Research Complex location on the Harwell campus offers key collaborations with the UK’s cutting edge major facilities including Diamond Light Source, ISIS Neutron and Muon Source, and the Central Laser Facilities, all of which stimulate the development of new techniques and advancements in understanding. Industry has committed over £800K of in kind support to the program and the large scale facilities have co-funded two PDRA positions and seven studentships.

Find out how you can get involved in UK Catalysis Hub activities.

The UK Catalysis Hub was founded in April 2013 with EPSRC funding with the aim to first establish a world-leading, comprehensive and coordinated programme of catalytic science in the UK; secondly to develop new knowledge and promote innovation in and translation of catalytic science and technology; and thirdly to enable the UK to regain and retain its world leading position in catalysis. The Hub was launched at its physical centre in the Research Complex at Harwell with a program of initial scientific projects which started in July 2013.

The scientific structure of the Hub was initially built round four main themes: Catalysis by Design; Energy; Environment; and Chemical Transformations. A fifth theme of Biotransformations was subsequently added in 2015. Read more about the initial programme here.