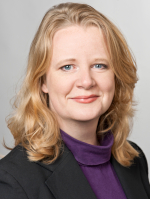 Moniek Tromp finished her MSc in Chemistry, with specialisations in spectroscopy and catalysis, at the University of Utrecht (Nld) in 2000. She then obtained a PhD from the same university, in the fields of homogeneous catalysis and time-resolved X-ray absorption spectroscopy with Profs. Koningsberger and van Koten. After finishing with distinction (‘cum laude’, greatest honours possible) in 2004, she moved to the University of Southampton (UK) for a Post-Doctoral Research fellowship in the fields of heterogeneous catalysis and spectroscopy. In 2007, she was awarded an EPSRC Advanced Research Fellowship to start her own independent academic career (and became lecturer). She moved to Germany in 2010, where she took up a position as professor in Catalyst Characterisation at the Technical University Munich. In 2014, she decided to come back to the Netherlands, working at the University of Amsterdam. From July 2018 she has taken up the Chair of Materials Chemistry at the Zernike Institute at the University of Groningen.

She has been awarded prestigious fellowships/awards like the EPSRC Advanced Research Fellowship, NWO VIDI and the NWO Athena prize. She is active in numerous science advisory and review panels of large research facilities and universities internationally, part of a European Science Strategy team for large facilities, has published over 90 papers in high profile journals and given over 80 invited lectures worldwide.

She is chair of the Dutch Catalysis Society (of the KNCV). She is co-chair of the organizing committee of the annual conference on Catalysis in The Netherlands. She was secretary of the organizing committee of the EuChems Organometallic Conference (2017, Amsterdam) and the International Homogeneous Catalysis Conference (2018, Amsterdam). Gender and diversity are important for her and she has been active as Gender Equality Officer (D) and is now developing programs for primary school on science and engineering as well as gender bias issues.

Her research focusses on the development and application of operando spectroscopy techniques in catalysis and materials research, incl. fuel cells, batteries, photochemistry, as well as arts, with a focus on X-ray spectroscopy techniques. Novel (time resolved) X-ray absorption and emission spectroscopy methods have been developed as tools in catalysis research. This includes the development of the required operando instrumentation and cells, as well as data analysis and theoretical methods. Application of the techniques to fundamentally or industrially interesting catalytic processes and materials has been pursued, providing unprecedented insights in catalysts properties and reaction mechanisms.